An Arctic Cruise around Svalbard: Set Your Inner Explorer Free

With its remote location – Svalbard makes a perfect place to get away from busy schedules and all the responsibilities of daily life. A great way to experience this remote place is to go on an Arctic expedition cruise.

Trude Sivertsen is Authentic’s director. She has always been fascinated by Norway’s nature and believes that travelling in your home country only makes you appreciate the country even more.

Svalbard is a Norwegian archipelago situated in the Arctic Ocean halfway between mainland Norway and the North Pole.

To experience Svalbard has long been on Trude’s bucket list. So, when the opportunity finally occurred, she jumped on the occasion and went on an expedition cruise with Hurtigruten’s old lady MS Nordstjernen.

Travelling Off the Grid

How would you describe Svalbard in 5 words?

What was the best thing about travelling to Svalbard?

It was an amazing experience to travel in such a remote area – and with no phone or Internet connection during the cruise, there was no disturbance from the outside world. I got to focus on nature, the experience and my fellow travellers. The highlight was the daily landings; the expedition team would secure the area and then we went ashore in polar circle boats. Ashore the guides of the expedition team would share from their vast knowledge about the areas we visited, the animal life, and about the life of whalers and trappers in the arctic region. It is amazing how they could survive in such harsh conditions. And, if you would like to experience the midnight sun, Svalbard has the longest period of midnight sun from April to August.

How did you travel to Svalbard?

I took a flight from Oslo via Tromsø (there are direct flights as well, the flight time is about 3 hours). One important thing to remember is that even though Svalbard is part of Norway, it is not part of Schengen and we all had to show our passports at the airport in Tromsø before continuing to Svalbard. It made the experience even more exotic.

Where in Svalbard did you start the adventure?

We spent the first night at a hotel in Longyearbyen. Longyearbyen is the administrative centre of Svalbard. It is a coal-mining town located on Spitsbergen Island. It is a small metropolis with only about 2.100 inhabitants from almost 50 different countries, making it an international place with a good atmosphere. It is also known for great views of the Northern Lights (if you visit during winter). The day before we boarded the cruise, we tried dogsledding on wheels. This was a crazy fun and fantastic experience.

MS Nordstjernen - a ship with a history

How would you describe the cruise ship?

At first, I was a bit surprised by the size of MS Nordstjernen. It is smaller than I thought it would be. The ship is old, but the common areas have been renovated while keeping its authenticity. The original style and interior of the cabins have been kept from when the ship was built in 1956. I found the ship charming, but the cabins are basic. I did not spend much time in the cabin though, only to sleep and change clothes. The size and style of the ship somehow felt fitting for an expedition cruise to remote areas; we were heading to new adventures off the beaten track! The size of the ship also meant that we could get close to shore and visit more places than the larger ships. The ship has the longest history of Hurtigruten service and is named after the North Star, which the Vikings used to navigate north.

How do you sleep on an expedition cruise?

You must book a cabin; whether you share a cabin or not depends on whether you are travelling alone or with a partner, child or friends. The most basic cabins onboard MS Nordstjernen are the inside cabins with shared bathroom facilities in the corridor (there is a sink in the cabin). I was, however, sleeping in an outside cabin with a porthole.

Most passengers spend all their awake time on board in the common area and as much time as possible outside on the deck. The ship has a restaurant, two lounges, a small bar, a cafeteria/souvenir shop and the large outside deck.

How many people were on board the ship?

I travelled together with two of my colleagues from our sister companies. I don’t recall exactly how many passengers we were in total, but the ship has about 70 cabins and it was not completely full. 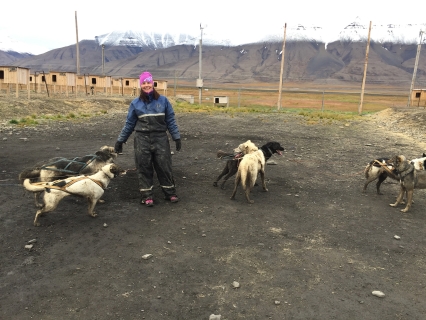 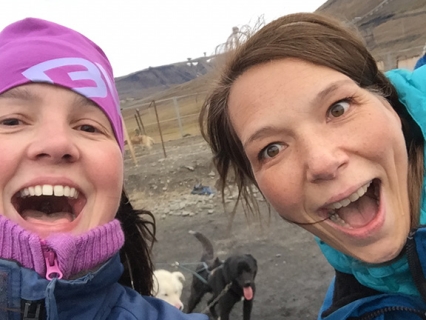 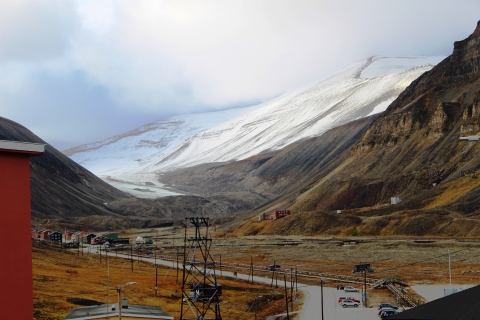 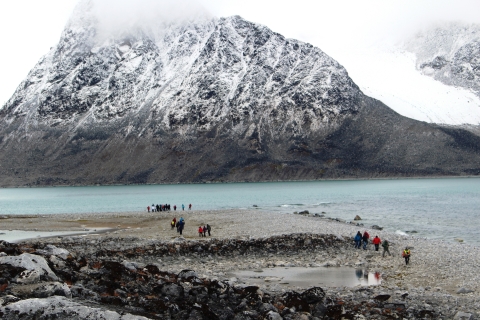 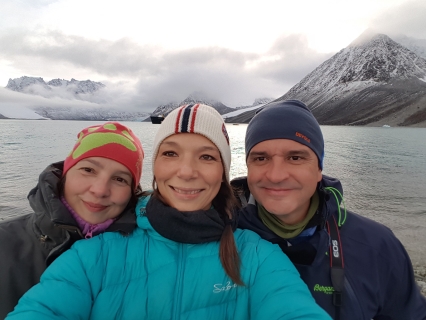 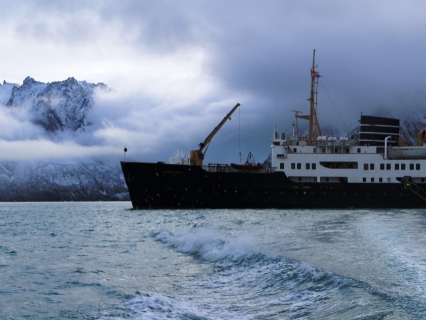 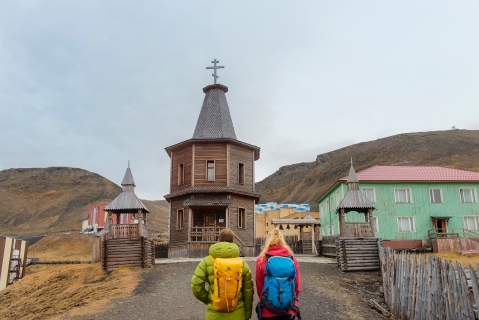 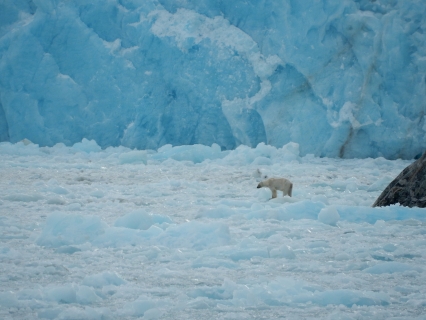 Have a look at our recommended tours

Do you need any special clothing?

It does not get very warm in the Arctic, and even though I travelled in August we had to dress in warm clothes. I would recommend dressing in layers and the outer layer should be wind and waterproof. I would also recommend Gore-Tex hiking boots. If you are a true Viking and want to take a dip in the Arctic ocean – remember to bring your swimwear.

Did you spot a polar bear?

Yes! We actually saw 3! The first one we spotted was close to the Smeerenburg glacier on day 2 of the cruise. On our last day, we spotted a mother bear and her cub from the airport (they were on the other side of the fjord).

Do you have any advice for people considering an expedition cruise?

This is not a luxury cruise in any way – go with the intent of exploring a remote region and learning about life in the Arctic both past and present. Take in the fresh air and enjoy the elements. Make sure to bring warm clothes.

Would you go again?

Absolutely! Next time I will bring my son. 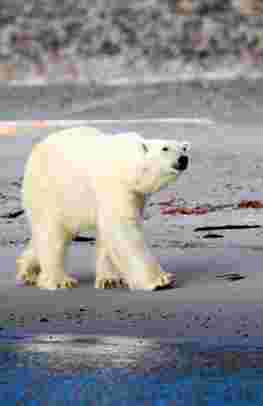 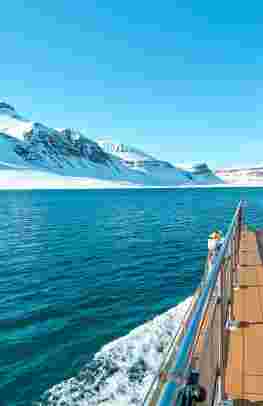 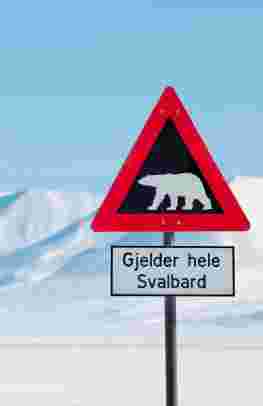